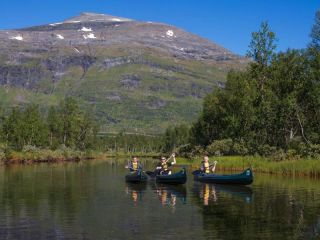 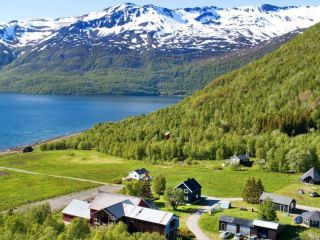 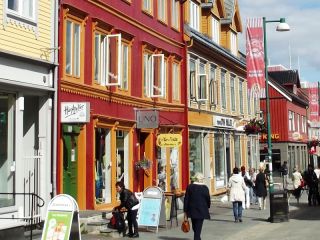 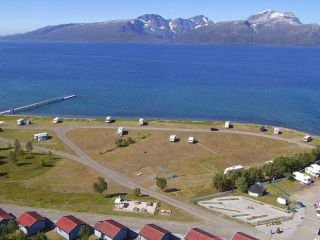 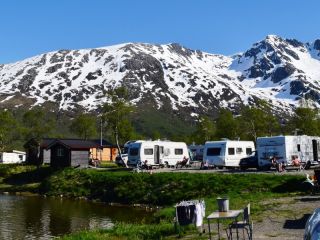 Troms is one of the most northern provinces of Norway and and lies far above the Arctic Circle. For those who want to book a holiday at one of the campsites in Troms, the summer months are therefore the best period. Enjoy a mountainous landscape, the midnight sun and special flora and fauna. Read more

Nature lovers will have a great time in Troms. Due to its northern location and extension, it is one of the least densely populated Norwegian provinces. In addition, Troms is also one of the most unspoilt regions of the country. The coastline, characterized by islands and fjords, changes into mountainous areas inland. The Lyngen Alps are the most photogenic of these. With the Jiehkkevárri of over 1800 meters, these have the highest peak in the province. Characteristic land animals for Troms are moose, reindeer and brown bears. Orcas, humpbacks and sperm whales can sometimes be seen in the Andfjord.

The summers last a few months above the polar circle. The average temperature is then between fifteen and twenty degrees Celsius. Nevertheless, warmer summer days also occur. The weather that can be expected on the campsites in Troms depends on the location of the campsite. For example, in and around the provincial capital Tromso the temperatures are a little bit higher. This is due to the North Atlantic gulf stream. This carries warm seawater along the coast, which results in an unexpectedly mild climate. The midnight sun is present from the end of May to mid / end of July.

Tromso, the Paris of the North

Tromso is also called the Paris of the North. The city is largely on an island. The local airport is also located there. The island of Tromsoya is connected to the mainland by a bridge, while there is also a tunnel that runs under the water. Tromso has various sights. One of the most iconic buildings is the Ice Sea Cathedral in Tromsdalen. The snowy mountain peaks that characterize the environment are reflected in its architecture. The Polar Museum of Tromso is dedicated to historical discovery tours above the Arctic Circle.

Tromso is known for its old wooden buildings. The center has the largest number of wooden houses in Northern Norway. These date from the period 1789-1904. The oldest house is Skansen. This was built in 1789. The beautiful yellow-colored Dom church of Tromso is one of the largest wooden churches in Norway. This neo-gothic church was completed in 1861.

Center of the Sami culture

In the area around the campsites in Troms, the original Sami culture of Northern Norway is never far away. In Tromso, for example, the Tromso Museum in Volkspark shows a lot about the present and past of these traditional reindeer hunters. Incidentally, attention is also paid to the wider culture of the region. In addition, the museum has the most northern botanical garden. The village of Kafjord is the setting for the Riddu Riddu festival in July, which focuses on Sami music and culture.