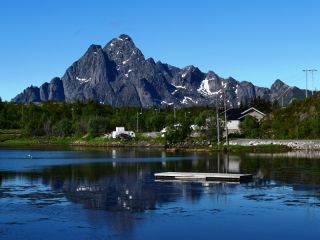 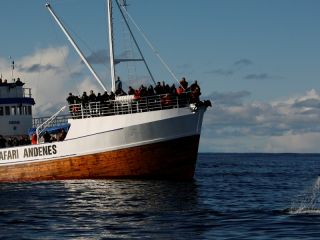 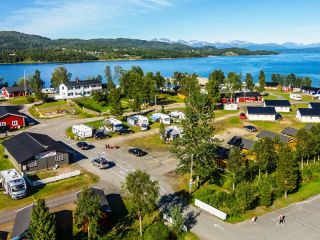 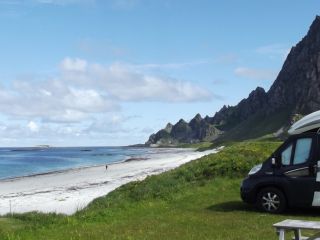 The province of Nordland is located on the polar circle and covers a large part of Northern Norway. This large region is perfect for a varied holiday. From the campsites in Nordland North you can make beautiful nature walks, but also trips to picturesque places and interesting sights. And of course a visit to the Lofoten and Vesteralen island cannot be missed either. Read more

Bodø, gateway to the Arctic Circle

The capital of Nordland is Bodø, which, with its 52,000 inhabitants, is also one of the largest cities in Northern Norway. The university town built on a peninsula is located just above the polar circle and is wedged between the sea and steep mountains. Interesting museums are the Aviation Museum and the Salten Museum. The Salten Museum is dedicated to regional history, Sami culture and fishing. The picturesque Kjerringøy is 40 kilometers north of the city and is popular for its open-air museum with nineteenth-century houses and trade buildings.

The nature of Nordland is overwhelming and present everywhere. In the vicinity of Bodø and the campsites in Nordland North there are several nature parks. Sjunkhatten National Park is located on a peninsula on the fjord-rich coast and has glaciers, caves and mountains. Forests are characteristic of the Sundstraumlian, Børvatnet and Skånland reserves, while the Bliksvær nature reserve is known for its many bird species. In the fjords, mountains and valleys of Møysalen National Park on the island of Hinnøya, falcons and eagles dominate the sky. Many otters and seals are found along the 450 km long coast of Nordland.

Popular island groups in the north of Nordland are the Lofoten and Vesteralen. Rugged mountains, weathered cliffs and beautiful nature define the landscape. All of this comes together in a photogenic way in the Lofotodden National Park on the southern tip of Lofoten Island Moskenesøy. Walking, cycling and mountain climbing are popular tourist activities, and even surfing is possible. Svolvær and Reine are interesting places. The Vesteralen islands are located north of the Lofoten. The mountains are a bit less pointed, but the landscape is just as beautiful. From the Vesteralen, pot and whale watching can be done by boat excursions. Also visit the towns of Andenes, Sortland and Stokmarknes.

The location around the polar circle naturally influences the weather. Yet it is less cold at the campsites in Nordland North than in other parts of the world at this latitude. The ocean carries a warm gulf stream along the coast. As a result, it can still reach ten to fifteen degrees Celsius in the summer. Because of the often deep snow, the mountains have to deal with winter cold for a longer period. The midnight sun is a well-known phenomenon in areas around the poles. In the north of Nordland, the sun does not set from the end of May to mid-July. Because the moment between sunset and sunrise is short, it also hardly gets dark in the weeks of april and august.