On a truly beautiful location in a forest directly on a lovely sandy beach and within walking distance of the charming small town of Mandal. Large water slides. 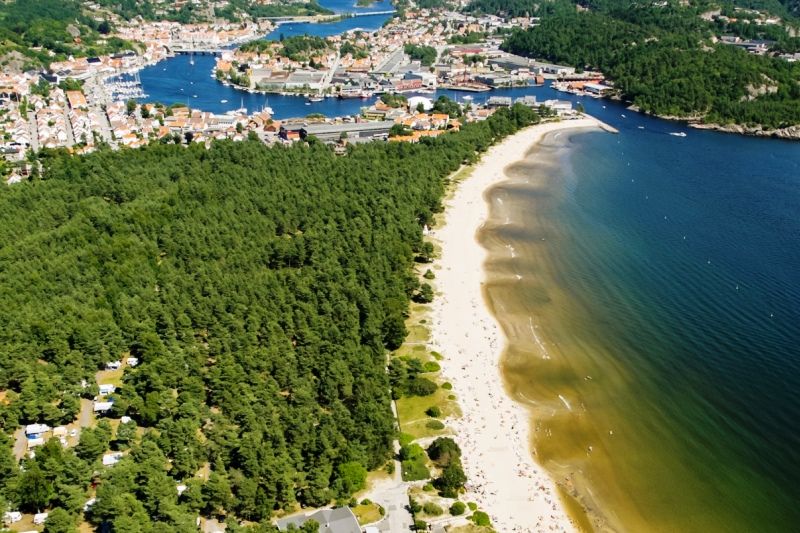 What a wonderful place this is! Directly on a beautiful sandy beach in a forest. On the campsite you will find large camping pitches and nice tent pitches that are hidden among the trees. From the campsite you can walk to the center of Mandal via a forest path. The area surrounding of the campsite is perfect for walking or cycling.

The campsite has a large number of camping pitches, bungalows and apartments. The sanitary is well maintained. There is a restaurant and a camping shop. Your children will have a great time at the large playground or at the volleyball courts. Prefer to hit a small ball? That’s possible, because there is a mini golf course at Sjosanden Feriesenter.

Sjosanden Feriesenter is located at a beautiful sandy beach with a beach volleyball court and a cozy beachbar, where you can enjoy the great view over the sea. You can of course enjoy surfing, sailing or stand up paddling here. Not enough water fun yet? Then try 1 of the 2 large water slides at the campsite. Great!

The coastal town of Mandal is located directly on the water and has a pleasant center with various shops and restaurants. There is also an indoor shopping mall. Mandal has a very sunny climate. This is partly because Mandal is the most southern municipality in Norway. The church of Mandal is well worth a visit. FYI: Mandal is one of the liveliest towns in Norway: festivals, concerts, bands playing on the various terraces. Really nice!

Location between Kristiansand and Stavanger:

For campers arriving by ferry in Kristiansand, the location of Sjosanden Feriesenter is perfect. The drive from the port of Kristiansand via the E39 to Sjosanden Feriesenter in Mandal takes only 45 minutes. From Mandal the Prekestolen can be reached in 3.5 hours and the beautiful city of Stavanger in 3 hours. This is by the way the fastest route. The beautiful route along the coast (Nordsjovegen and the beautiful beaches at Brusand!) takes more time, but is definitely worth it! 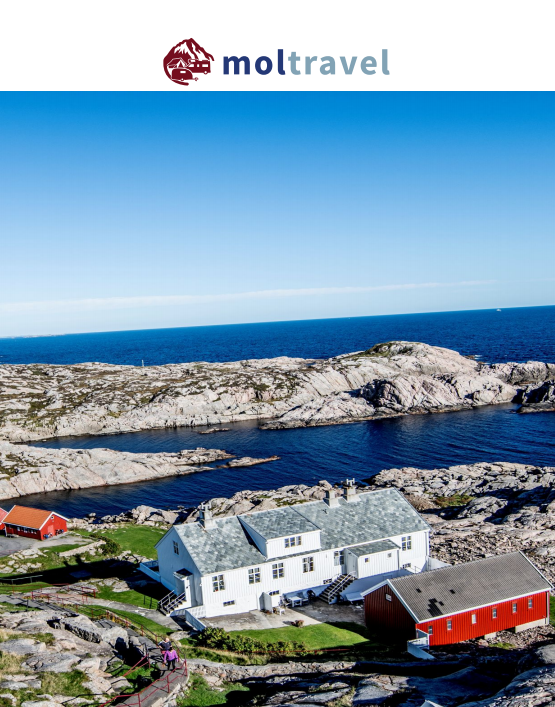 On a truly beautiful location in a forest directly on a lovely sandy beach and within walking distance of the charming small town of Mandal. Large water slides.

The basic price applies to a car + caravan, motorhome or tent including 2 people for 1 night. For more information on reservations and prices, please contact the campsite. This is possible via the button REQUEST INFORMATION FROM THE CAMPSITE, which can be found below the above text.

Request information from the campsite